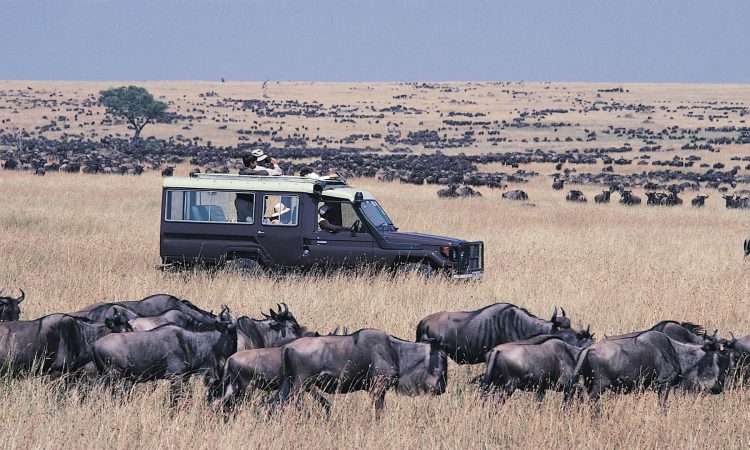 Maasai Mara National Reserve is truly one of the most hallmark sights in nature and undoubtedly traveler’s destination one shouldn’t miss visiting. And furthermore is one of the most famous wildlife  conservation and wilderness areas in Africa ,leave alone Africa but also worldwide because of its  exceptional population of big five such as lions ,African Leopard ,African bush elephants ,African buffaloes ,black and white rhinoceros ,cheetah ,over 500 bird species and many others come along the impressive great migration of the wildebeest which migrate into and occupy the Mara reserve from the Serengeti plains to the south and Liotta plains  in the  pastoral ground to the North Sirias escarpment on the west and east that make up the great Mara-Serengeti ecosystem, covering over 30,000 square kilometers of the area. However, the reserve is Located in the south western Kenya at the edge of the rift valley areas and it is only 180 kilometers away from the main capital city of Kenya ‘’Nairobi’’.

Maasai Mara National reserve also sounds as a large game reserve not only in Kenya but worldwide and the word Masaai was derived from Masaai people who are the ancestral inhabitants of the country who migrated all away from the Nile Basin and their description area were far who are now Maasai people of Kenya. These Maasai people make up a community that spans across southern Kenya, northern, central and northern part of Tanzania.

N.B This reserve is proudly known as Maasai Mara and locally as ‘’the Mara’’ which means spotted circles in the local language of Maasai people. And this is due to many short bushy trees which covers the land scape around the area.

The fact is that, the National reserve is truly humbling to host one of the great migration of the wildebeest which secures as one of the seven natural wonder of Africa and known as one of the ten nature wonders of the world that make the reserve to be proudly known worldwide. The great migration is one of the most key point for nature event worldwide where millions of travelers come to encounter the unforgettable experience in life time where one can enjoy the aerial view of over 1,300,000blue wildebeest. To note, best time to visit Maasai Mara National Reserve for impressive migration of wildebeest is from July to October yearly.

Historically, maasai Mara National reserve was originally created in 1961 as a sanctuary for wildlife but before it used to cover area of over 520 square kilometers including the Mara Triangle. Later on the area was extended to the east side in late 1961 covering a total square kilometer of 1821 land and it was converted to a game reserve. During that periodic time of 1961 the Narok County Council was the management body in charge for the reserve. And in the 1974 the reserve was given National status and the remaining total area of about 159 square kilometers was returned to local communities ‘’the maasai people. Moreover, the total land over 162 square kilometers were removed from the reserve in the year of 1976 till 1984 thus reducing to 1,510 square kilometers of the area.

Fortunately, Maasai Mara National Reserve is famously known as the top tourist’s destination in Africa because of its outstanding great migration of the wildebeest and its size at large which protects one of the largest population wild animals in Africa.

The impressive wildebeest migration which occurs yearly and is the largest world’s animal migration where one wouldn’t endeavor to be part of it.

This conservancy is one of the major attractions in maasai Mara which sits in the center of the reserve along the edge of Serengeti-Mara ecosystem. The conservation provides with spectacular viewing of rolling kopjes around reserve.

We advise travelers to always add this activity on their tour package list to Maasai Mara. Narok Museum sits in the largest town of Narok and is one of the stunning attractions found in this small town where travelers can be able to see Kenyan traditional architecture and maasai culture wear.

Maasai Mara National reserve also boosts with lots of thrilling activities that can be carried out by the travelers and end up with quite amazing unforgettable experience which even can make the traveler to return for more encounter excitement. Such unbeaten activities include; Nature walks, game drives, Horseback safaris and many more.

This is one of the best amazing activities done in here Maasai Mara National reserve because it hosts over 95 mammal species and they can be adventured in 4×4 wheel drive open roof safari vehicle and come up to enjoy  close view of the wild animals as well as observing the park regulations .Some of the animals to be viewed include cheetah ,serval ,elephants ,impalas ,coke’s hartebeest ,jackals ,duikers .There are three sessions to carry out game drive in this reserve that  is morning game drive which starts at 6:30 am to 10:30 am  ,evening starts at 4pm till 6:30pm and night game drive starts at 6:30 till 7:30 pm  and all sessions are strictly done by the armed guide .It’s you a traveler to select which one can be favorable to you. 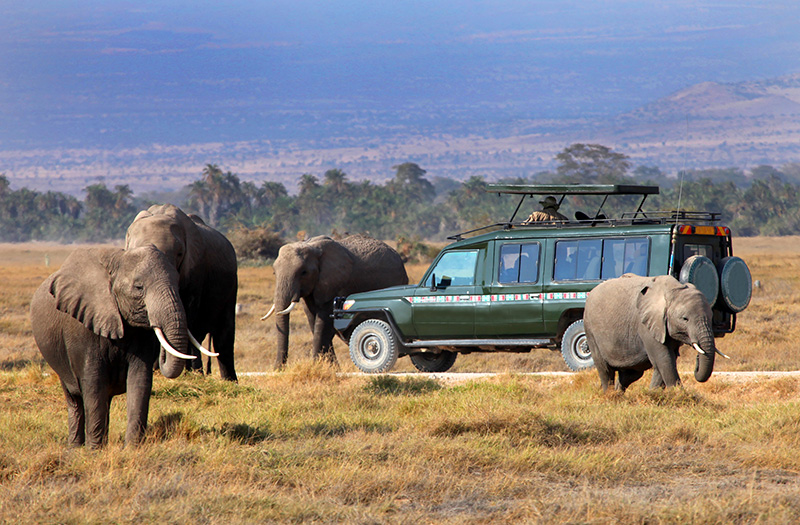 Maasai Mara is gifted nature due to its size which is able to protect one of the largest population in Africa where you can explore much more of the nature within the park and outside the park .The reserve is cared by the local community thus giving more opportunity to travelers  to explore the hidden features of the reserve which can be left out during game drive .During your nature walk activities expect to have amazing  close view of animals guided by the ranger and such animals include elephants ,giraffes ,Antelopes ,Buffalos ,grazers ,watch birds of the air ,you can as well reach the Mara river and end up with quite amazing experience in life time.

This is extremely amazing experience which start early in the morning, the ranger advises you on how to start up, sit down inside the air balloon and then the balloon starts lifting the basket on air little by little as it raises higher approaching the sky and it can take 1 to 2 hour enjoying the great aerial view of a herd of wildebeest which migrate into the reserve’s wildlife, rift valley many more. 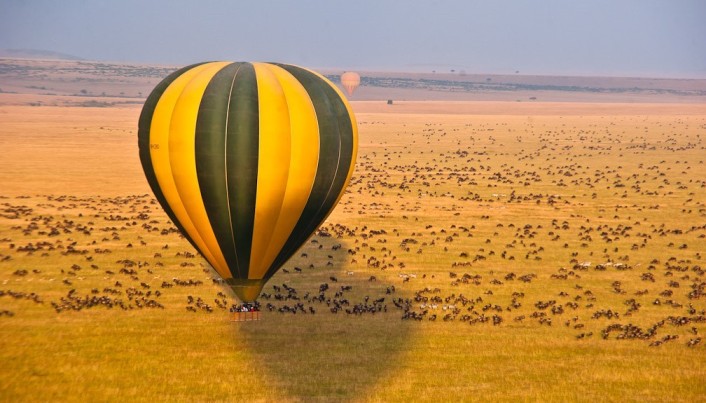 Horse riding safari is the best away of exploring the Maasai Mara land scape, wildlife track as well as enjoying the fresh breeze of the nature. If it is time for migration experience it goes beyond on what you expected to see and this is the activity carry out by trained game ranger.

The reserve is surrounded by the maasai culture one of the biggest culture in Africa are commonly known as pastorists in the country. The maasai people have unique culture which cannot be seen elsewhere worldwide where travelers can experience their unique traditional wear, norms and customs and go back with unforgettable African traditional experience to tell the rest.

Wildebeest migration viewing in Maasai Mara National park is one of the world’s most thrilling and rewardable experience of the display of wildlife which migrate between two national parks and can spend two to three months in Maasai Mara before migrating to Serengeti national park in Tanzania. This activity has attracted millions of tourists to flock Maasai Mara from July to October as they come to sight see a live migration of the wildebeest annually.

The best time to visit Maasai Mara National Reserve is annually though the year is categorized with two seasons dry and wet seasons and during peak season between July and October is the great time to visit the reserve on nature event of wildebeest migration. Then early November to February best season to offer rewardable game viewing and other activities offered with in the park.

Where to stay while in Maasai Mara National Reserve

A traveler shouldn’t get troubled from where to stay during his or her visit to the Maasai Mara because the reserve boosts with variety of comfortable accommodation facilities with good amenities ,professional chefs many more, accommodations ranges from luxury to mid-range which can be booked by  help of trust worthy tour operator .And if you don’t mind we Achieve global safaris we can arrange all the tour booking reservations such as booking for you the room ,Maasai Mara tour packages ,transport by road or by Air from your pick up to Jomo Kenyatta International Airport or from Uganda Entebbe International Airport and this can be done through contacting us Achieve global safaris for more information about the reserve .Such accommodation facilities include ;Kilima Camp ,Kichwa Tembo ,Mpata Club,Naibor camps ,sentinel Mara camp ,Enkewa camp ,Mara Bush Camp and many more .You can as well camp with your own tent there is enough space for you to camp in.

Lastly ,I advise travelers who want to visit African tour destinations never to go back to their home country without reaching Maasai Mara National reserve that hosts one of the ten nature wonders worldwide ,famously known as  impressive and unforgettable migration of millions of blue wildebeest that happens annually  and this has sold Kenya tourism destination worldwide  .Note that ,there are many other stunning and rewarding activities carried out ,the rewardable scenery of the reserve’s land scape among others .Book now and discover more of the historical natural gift of Africa ‘’Kenya’’.