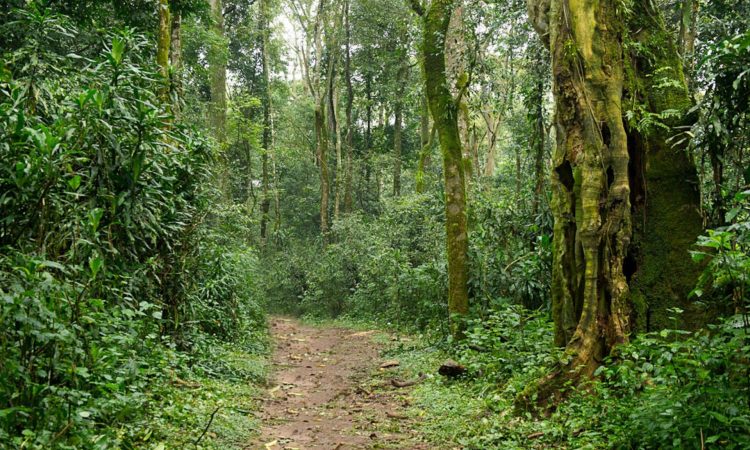 Kakamega Forest National Reserve is famously known for its canopy natural beauty a tropical rainforest that sits in the Kakamega and Nandi County of Kenya on the northwest of the capital Nairobi and close to the Uganda border. It is the only tropical rainforest found in Kenya of which it is said to be Kenya’s last remnant of the ancient Guineo-Congolian rainforest that once extend over the continent.

However, the forest is positioned on undulating terrain between 1500 and 1600 meters’ elevation. Above all the area is watershed of the Isiukhu and Yala rivers which flow through the forest before emptying into Lake Victoria. Both forest and reserves make a measure of about 238 square kilometres, a little less than half of which remains as indigenous forest. To its north it rises 45 square kilometres. It is a watery area where glades vary a great deal in structure, some covered with open grass and others with number of trees or shrubs. Therefore, a number of streams and small creeks run through the reserve but the large one are usually bordered by a few to tens of meters of forest on either side which divide the glades whereas the smallest creeks flow through open grasslands thus forming small marshy patches.

The Kakamega Forest is a watered area, very wet with an average range raising between 1200mm -1700melimeter of rain per year. Long rains occur in the month of April and May with a slightly drier June and a short rain roughly in August to September. The driest months are January and February. The temperature is constantly fair all year around ranging between 20 -30 degrees Celsius.

The forest is located in the Victoria Basin forest-savannah mosaic ecoregion which are inhabitant to flora and fauna species that associates with in and with the moist forests of the Guineo-Congolian region which sits further west in the basin of the Congo River. The Flora found in the reserve include Africa’s greatest hard and soft woods like Red stinkwood, Elgon teak, white stinkwood, pouteria altissima and several varieties of croton. There are over 380 species of plants recorded of which they include 60 ferns of species ,150 species of trees and shrub and over 170 species of flowering plants including 60 Orchids species with only 9 species are found in this forest.

This forest is haven for birds with over 367 species of birds which are recorded in here such as African Great blue turaco, black and white casqued hornbill mentioned but few. 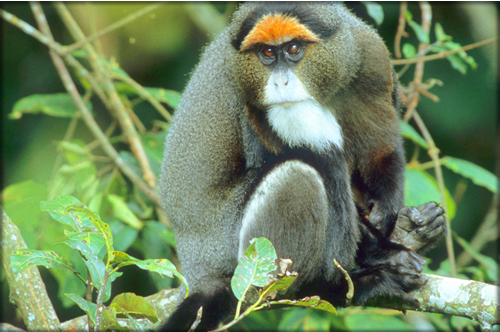 Activities to do in Kakamega Forest

On a visit to the reserve, you can encounter in very many remarkable activities such as hiking which can be done in stunning forest trails, primate watching, bird and butterfly watching, game viewing, Village walks many more. You can still go visit the weeping stone at IIesi which is located along the Kakamega –Kisumu road accompanied by the Kakamega Rainforest Tour Guides or even visit the nearby Kisere forest to watch the De-brazes monkeys in the north of Kakamega. The bird watching can be best enjoyed in early morning at 6:30 am -8:30 am and walking safari is more remarkable in the evening at 4:30 pm – 6:30 pm.

Attractions to see in Kakamega Forest

BirdLife: The park is paradise for bird species such as Blue Headed Bee Eater, Grey Parrot, Black Billed Turaco, Turners Eremomela and others.

By Road Transport: The shortest route to access the Kakamega forest from Nairobi is via Nakuru and Kapsabet from there take the C39 road until it joins the Kisumu to Kakamega road.

By Air transport: The scheduled flights are available to Kakamega whereby visitors can fly to Kisumu or Eldoret and travel by road to reach the reserve.

Travellers who enjoy doing forest tours come visit the Kakamega Forest National Reserve which recently attracted prominent personalities of which one of them is the outgoing US Ambassador to Kenya Robert Godec who paid a visit in early 2018 and got amazed at its green beauty.