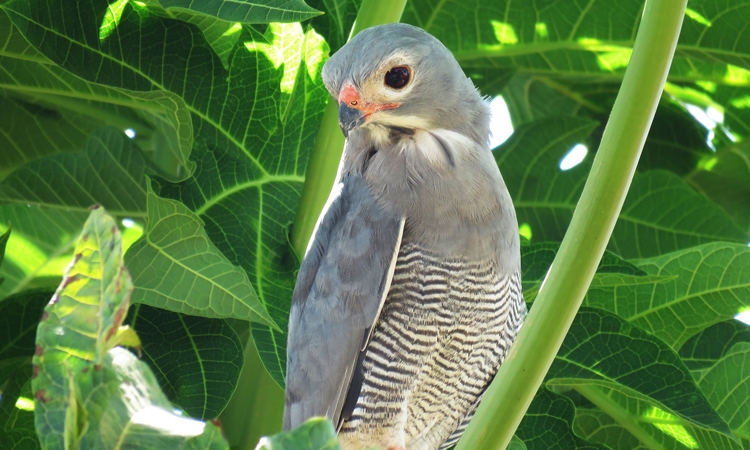 Birding Safari in Amboseli National Park: Amboseli National Park is a good safari destination for birding which was first established as a nature reserve in 1968 and in 1974 was gazetted as a national park to protect a wide range of mammal species and bird species. The park lies in the northwest of Mount Kilimanjaro and estimates 200kilometers west of Nairobi city. It covers 392 square kilometers of its land that spread through Kenya –Tanzania border. Besides being a home to wildlife species most especially huge number of elephants, it is also attracted site for variety of bird species which can be seen along low level swamps, seasonal waters and other kinds of vegetation cover which offers a free and bare ground for birders. The vast land offers both grassland and water areas which are attractive for bird species such water associated birds include Egrets, Herons, pelicans, grey crowned cranes and the long legged birds which love swallow waters as the park is filled with Egrets. Then the grassland areas offer free spaces to the ground birds like Hartlaub’s bustard and the so localized pangani long claw. Other bird species like Hoopoe and superb starling which has bright feather and so attractive as you can see them around the ground of the lodge moving.

The park is a home of variety of different kinds of bird life species some are commonly known in here and others are just migratory birds that appear in certain season of the year which makes it a good destination for birding since it habits over 400 bird species.

To travelers who prefer birding Amboseli national park is one of the recommended safari destination to do your birding from since it offers variety of unique bird species such as the Kenya’s National Bird known as ‘’Lilac breasted Roller’’ the secretary bird and many more species. And one of the most easily spotted birds in the park is Marabou stork which is often referred to as the undertaker Bird and this is because of its appearance from behind. Other bird list to see in Amboseli national park include Madagascar pond, Heron, Lesser Kestrel, Falcon these are global species. And the other common locally speed include Goliath heron, Grey crowned crane, African Jacana, Rufous-napped lark, African fish Eagle, Pied kingfisher, Falcon, White browed coucal, Double-banded Courser, Fischer’s sparrow, Mosque Swallow, Falcon naumanni, Vulnerable Lesser Kestrel, Steel blue whydah, spike-heeled lark, Yellow necked spur fowl, Taveta golden weaver, Eurasian thick-kneel, Common redshank, African swamp hen among others.

The population of unique birds in Amboseli attracts birders, researchers and documentaries from all over the world to visit the park because of their learning interest in these particular bird life species.

Amboseli national park is a bird viewing destination throughout the year where resident species can be spotted at any time whereas migratory bird species fills the park from November to April. This is the best time for bird watching though it can be rainy season but birds can be easily seen because of the availability of food in the area.

What to carry on your birding safari?

On your birding safari to Amboseli national park these is the list of essentials to carry Pair of binoculars, cameras, hiking shoes, first aid box, insect repellent, sun glasses, mineral water bottles among others you can carry.

Travelers shouldn’t get worried where to stay since the park has got outside and inside lodges ranging between Mid –budget and luxury and they all offer good comfortable amenities such lodges are; Oi Tukai lodge, Tortilis Camp, Tawi lodge, Amboseli Serena camp, Amboseli Sopa lodge, Amboseli Kimana Camp.