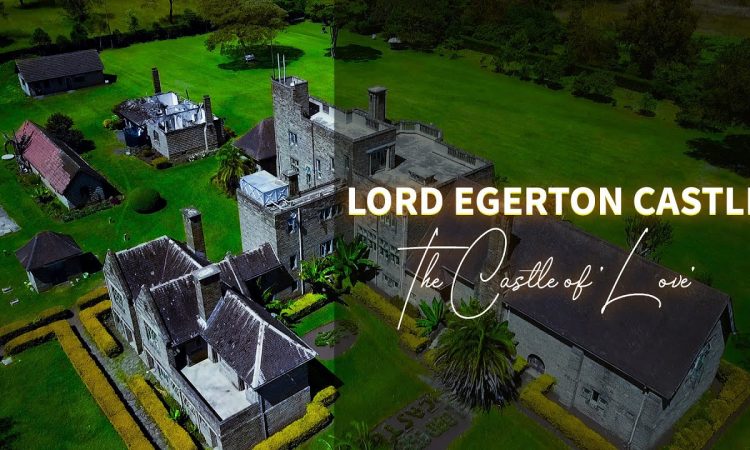 Lord Egerton Castle is a house styled like a fortress located 14km outside Nakuru Kenya, The foundation was laid in 1938 by Maurice Egerton 4th Baron Egerton, and the architect was Albert Brown were the construction processed up to 1954. In 1996 the castle was declared as a monument under Kenyan ‘’The Antiquities and Monuments Act’’ the castle was opened to the public in 2005 and under the management from Egerton University. Lord Egerton castle is a major tourism Kenya safari destination in that the castle has 52 rooms that includes the dance hall with electric organ, dark chamber for developing photos, entrance hall, master bed rooms, study rooms, wine cellar and many others, these are filled with paintings and furniture from a different time.

The foundation Lord Egerton Castle was laid in the year 1938 by Maurice Egerton, 4th Baron Egerton in that it was founded in a such serene environment with a mazing swelling hills and the presence of the rolling scrubs in the back ground hence its architecture rises above the landscape, and the construction in 1952 came through a reality that the purpose for which the foundation was built has fizzles out.

Lord Egerton Castle being among the major attractions in Nakuru, that is through attraction thousands of people every month, who wants to explore and experience the most amazing and awesome experience of the beauty and unique story of the castle, the castle with its beauty sits on the awesome a hundred- acre landscape in the Nakuru’s country side on the Ngata farm surrounded by the magnificent and the expansive gardens and the lawns on all the sides of the house.

The castle being unique than any other houses in Kenya, is that it was built with the materials that were imported between 1938 and 1954, the house took 10 years to be completed, this delay was brought up because of the interruption of the world war I I that disrupted the easily movement of the materials and affected the work of finalizing the Castle house in Kenya.

In 1954 when the castle was completed, Lord Egerton moved in to the castle, alone and lived there till his final death during 1958, from that time the castle was empty no one was there, so it was called the castle without a prince. The major vital reason to why the castle was constructed was majorly the Lord Egerton to impress his loved fiancé who had turned down his marriage offer because he lived in a small house.

Lord Egerton got the idea of purchasing the land in Nakuru, during the period of the colonial era and built himself  two houses which were moderately small, the first one had two bed rooms and so his fiancé did not love the house and so he decided to build a second one with four bedrooms. While he was staying in the second one, Lord Egerton asked his fiancé to move in with him but she still turned his offer down while calling Lord Egerton’s house a chicken house. Lord Egerton still did not let his fiancé down, he however built a castle but still his fiancé let him down and later Lord Egerton offer calling the castle a museum, this later encouraged him to stay in the castle a lone till the time of his death and died because of the chest complications.

This led Lord Egerton to be disappointed and his life to dislike the women and this discouraged him and he married in the late plus years  and so could never allow women in his castle, and also he had got signs in his castle that indicated ‘’any woman who approached the castle would be shot’’. The people who were staying or within referred the castle as the place where the suitor missed the target. The uniqueness and the story of the castle attract many people on the Kenya safari from every part of the world to land to the place to experience this castle and witness the awesome stunning mansion with expansive lawns and splendid colorful gardens on all its side.

During the year of 2005, the castle was opened to the public and since from that time it became a top safari tourism destination for various events like the weddings, corporate events,  cocktails and many more, the castle is well maintained with the flower gardens which feels so special and thus simply attracting every king of a visitor.

The Lord Egerton offers some activities to the tourists who have come to visit the castle that includes football, ball games, picnic safari, rope skipping, hide and seek and many others, not only that the tourists on the same Kenya safari can be able to view some of the ancient machinery and the equipment’s and gargets that were used during the colonial period.

There is kiosks outside the entrance to get yourself snacks and souvenirs. The last remaining memorabilia of Lord Egerton and his patronage, the anachronistic architecture yet timelessly beautiful takes you back to the different era.