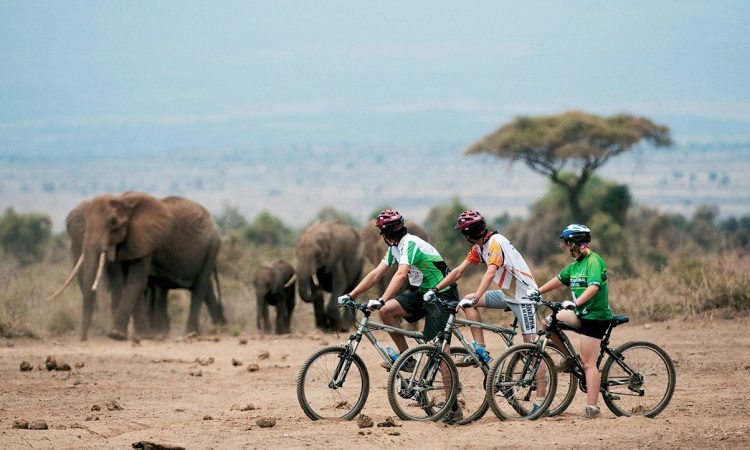 Mountain biking in the Chyulu hills is so thrilling and breathing the gorgeous hills while cycling in the Chyulu hills, that covers the 100 kilometer long volcanic files, the area boasts flowing hills and fertile grasslands, that are so incredible being the home to the Leviathan cave, which is the major safari attraction in the country being the longest lava tubes in the entire world.

Mountain biking in chyulu hills is so unique and gives the best memories to the cyclers because they pass through and experience the lush mopane forests and rippling hills, with high peaks of 2188 meters, the mountain cyclers do encounter the plenty plains game dotted throughout the vast hills, the cycle pass Oryx, the cyclists do enjoy spotting the giraffe gerenuk,  and the region’s most abundant antelope, the coke’s hartebeest and among many others, during the activity the cyclists do enjoy the most particular antelope which is the fastest and the most enduring runner Kenya, without forgetting the race of many bird species that fly overhead, while following their shadows over long and winding trails.

Not only the mountain biking being the best way of spending leisure time in the Chyulu Hills, the safari activity is such fun and exciting way to enjoy the many health benefits of the regular fitness and the cardiovascular exercise that includes a variety of the benefits like decreases the risks of diseases, reduces stress and improved mood, increased brain power, improved balance and coordination and among many others.

January to February and June to October mark the dry season in the Chyulu Hills which means better for a variety of activities in the park including mountain biking, game viewing, and then after the December rains, the hills are unbelievable lush and green.

Where to stay in Chyulu Hills.